Are we the best foundation repair experts in Calgary? Our customers think so. 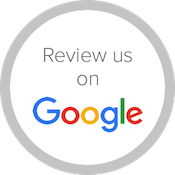 “Abalon did an amazing job”

I was honored that the owner himself came out to put the finishing touches on the job. Abalon did an amazing job. They restored my historical stone foundation and the front porch and balustrade to perfection. Great work Abalon!

Abalon work crews are amazing. Abalon repaired our house’s entire PWF foundation. The crews worked through very bad weather and got the job done one day ahead of schedule and on budget. Way to go Abalon!

“…excellent representation of the hardworking and organized team…”

Esteban the crew foreman on site is an excellent representation of the hardworking and organized team that Abalon has. These guys did not miss a beat. They deepened a 1,300 sq. ft. basement, no easy task. They took care of everything. As a contractor myself with multiple projects, I am very happy with the team effort and skills that took place on this project. Abalon you were great!

“Thank you Abalon for giving me peace of mind!”

We had Abalon repair our leaky and musty smelling basement. I was concerned because we had just moved into the house and I was expecting a baby. Abalon removed all the basement contents for us, cleaned up and repaired the walls. Best of all they were done the day before I had my baby. Thank you Abalon for giving me peace of mind!

“The crew that came out to do the job was fast, polite and knowledgeable”

My house flooded every time it rained. Abalon installed a sump system. The crew that came out to do the job was fast, polite and knowledgeable. I haven’t had a drop of water since. Now I can sleep at night. God bless Abalon!

“The estimator took care of every detail”

I had Abalon install a sidewalk with retaining walls on both sides. They did an amazing job. The estimator took care of every detail. Now I have a safe sidewalk that I am proud of. Thanks Abalon!

“Abalon, thanks for giving back to the community, year after year!”

Abalon has helped us with our community spring cleanup for several years now. They provided a truck complete with a dump trailer and a crew of helpers. Abalon, thanks for giving back to the community, year after year!

“The entire project was completed ahead of schedule and on budget”

There are several reasons for recommending the employment of Abalon Foundation Repair. First, they have an excellent reputation and their commitment to our project was commendable. In addition, they were very client centred, by that I mean if we had a problem or concern they attended to it immediately and in a professional manner. The entire project was completed while our family continued to live in the house with little to no interruptions. This required special attention to noise levels and cleanliness, while completing their work in a timely manner.
The entire project was completed ahead of schedule and on budget. The lines of communication between Abalon, Taigh Architecture and all trades were also open and responsive. Leadership personnel from their company assigned to our project were available whenever we needed them.
I recommend Abalon Foundation Repair without reservation.

My parents had work done by Abalon and we can’t say enough about the professionalism and efficiency of their work. The owner was forthright and honest about the work that needed to be done and my parents and I felt very comfortable going forward with all the recommendations. I can see why they’ve been in business for so many years. We would absolutely, with no hesitation, tell others to look into their services. They are not a fly-by-night company but take pride in their work and care about the customer, and I can’t say that about many companies nowadays. Thanks, Abalon, for doing such a great job for my folks! And especially to Juan for treating my parents with such care and kindness.

“I was highly impressed…”

I was highly impressed with the efficiency and professionalism right from the start. The staff was very helpful and hard working. They did a fantastic job and I would highly recommend them. Thank You Abalon!!!

“The Abalon team did a great job at my house!”

The Abalon team did a great job at my house! They were quick, polite, easy to deal with and most importantly good value for the money. They really know what they’re doing.

“…they were very efficient in completing the job”

After severe rain last summer, had water damage in the basement and had to figure out the source of the problem. Had heard Abalon has been around a long time and so called for a consult. Guy came out within a week, looked and determined problem with foundation. On the spot, he explained how he would repair it, what other options are and the cost of the various options. We went ahead and hired them, they were very efficient in completing the job, called as a follow up and also there were no additional surprises with the total bill. Very satisfied!

We got referred to Abalon from a friend….we found Abalon’s representative and employees very professional and reliable. The service they provide is top quality before and after. We would refer Abalon for the installation of sump pump. Also the quote given for the job was very reasonable.

“The workers were on time, efficient, clean and informative”

I would like to extend my appreciation to Abalon Construction for installing a sump pump for me. The workers were on time, efficient, clean and informative. Did the job for the quoted price and quoted time. Thank you – great job. Tobi

“We could highly recommend this business without any reservation”

We had window wells leaking water into the basement and contacted Abalon as we always remembered their TV advertising! We were not disappointed—-from our initial phone call to obtain an on site opinion and estimate to witnessing our problem be unearthed and repaired by very expertly trained professionals—-the entire experience we could only rate as a 10/10! We could highly recommend this business without any reservation.

“…started and completed work as promised”

Over a couple years experienced 2 foundation cracks, Abalon came out and gave estimate, started and completed work as promised. Price was very competitive considering the worker dug through clay by hand right to the weeping tile. No issues since and the site was as if they were never there, great job!!

I would highly recommend Abalon for any drainage issues regarding weeping tile or sump pit. Brian came out and properly assessed a complex issue where we had to put in a some interior weeping tile and a new sump liner. Abalon’s sump liner, lid and pump are far above builder standard and the placement was done properly with crushed rock to resolve the drainage issue. It’s been over a year and a half and the drainage and sump pit are working perfectly. Very professional team and enjoyable to work with as a homeowner.

“We have already recommended to our neighbours”

We found these people to be very knowledgeable and customer orientated. They recommended and installed a sump pump to rectify water problem. Though it was very messy job, they are very protective in preventing damage to the house during installation. We have already recommended to our neighbours.

Basement was leaking on crosscuts where egress window was cut. Estimator came right at appointed time, gave estimate and I signed the contract immediately. He was very knowledgeable and professional.

“I can rest easy knowing that we will never have water issues again.”

I very much liked my experience with Abalon, I ESPECIALLY want to thank the crew that was assigned to fix our foundation/water issue, this crew was awesome. I was very impressed of how fast they worked everyday. I can rest easy knowing that we will never have water issues again. Thank you for your time, hard work, knowledge and dedication, it did not go unnoticed. Abalon was highly recommended by our neighbor and friends.

click here
Applies to Calgary and surrounding areas.
*does not include Realtors or properties for sale.