A concrete pad is poured below the frost line and then a concrete column is poured on top of the pad to support the structure. 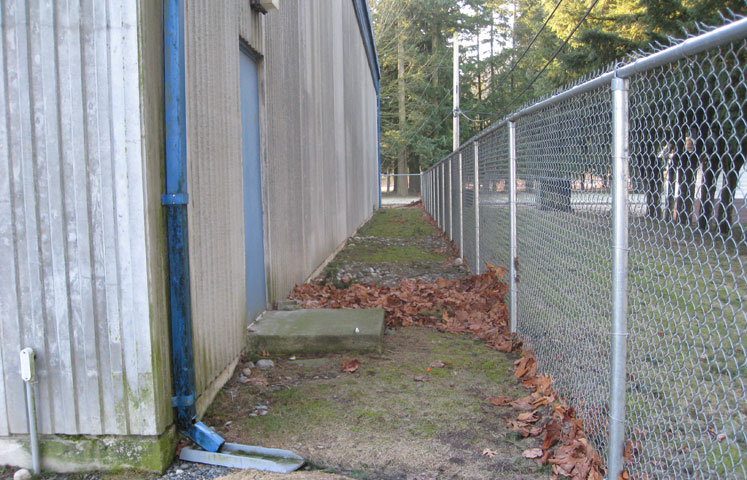 This commercial building was sinking due to changing soil conditions. 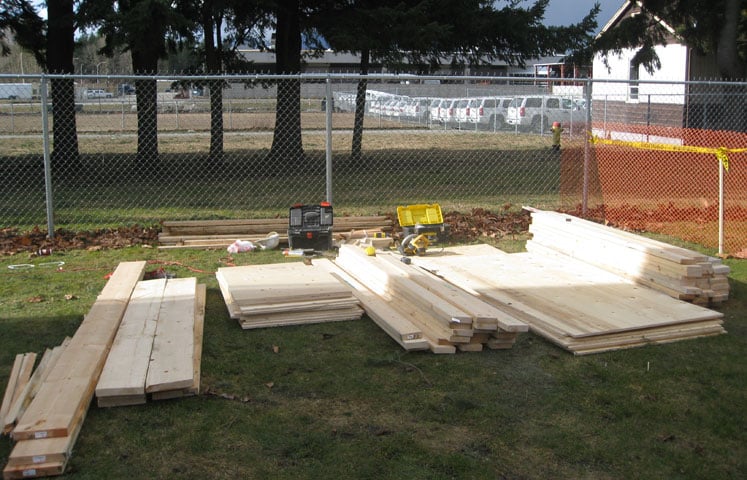 Abalon mobilized on site with all the shoring materials prior to start. 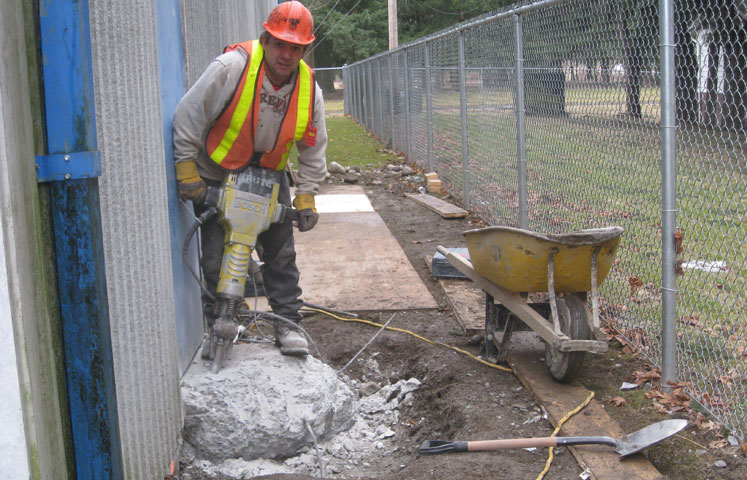 Concrete steps had to be removed and were recycled.

Abalon crews hand excavated all necessary locations to the bottom of the frost wall. Soil was placed on plywood to protect the landscaping. 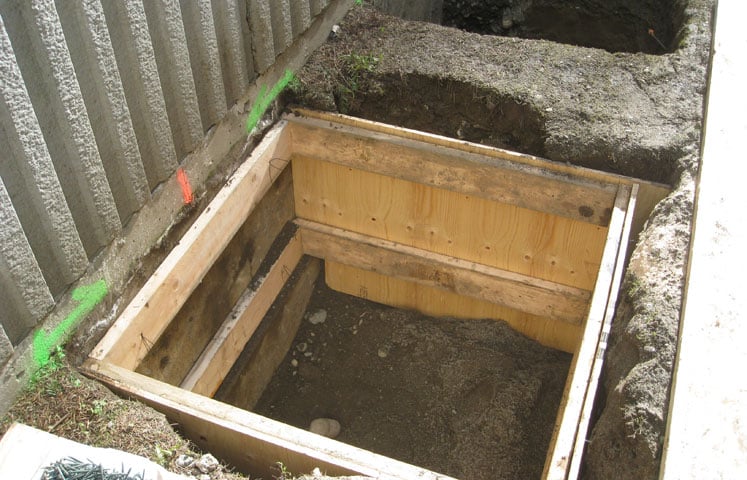 Every excavation site received a support. Afterwards, concrete column and pad were shored. 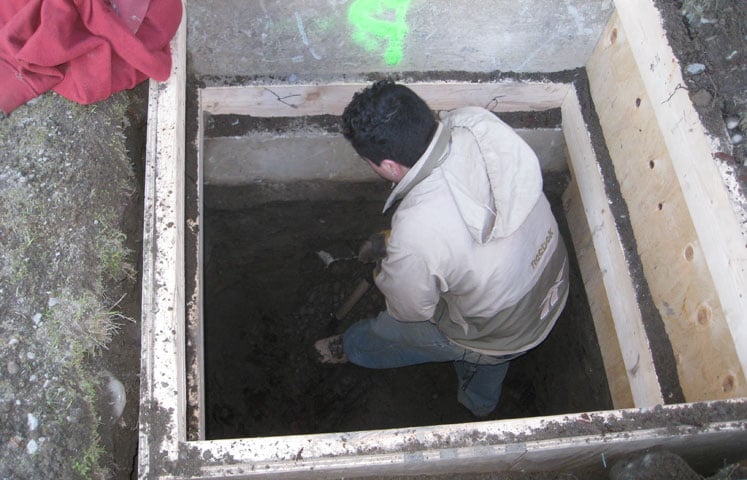 Excavation continued past the footing. 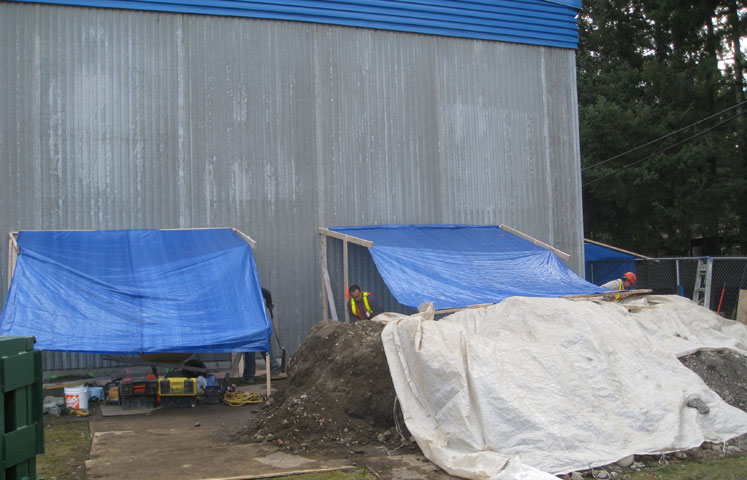 Protection from inclement weather was set up. Abalon crews work in all types of weather, and ensure proper protection and safety is in place while doing so. 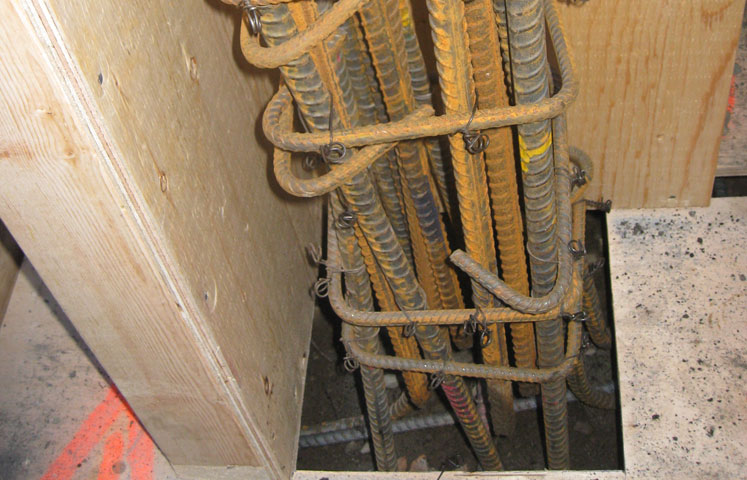 Pads and columns were formed. 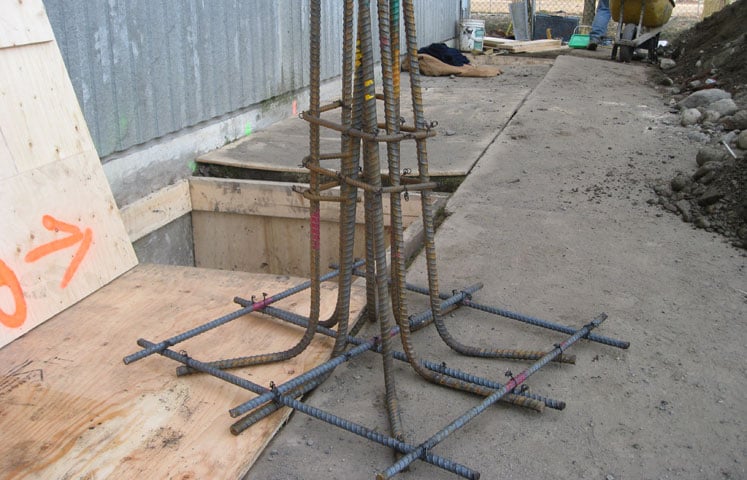 Reinforcing steel was used in accordance to specifications given to our Estimators by Structural Engineers.

Steel had to be tied carefully. 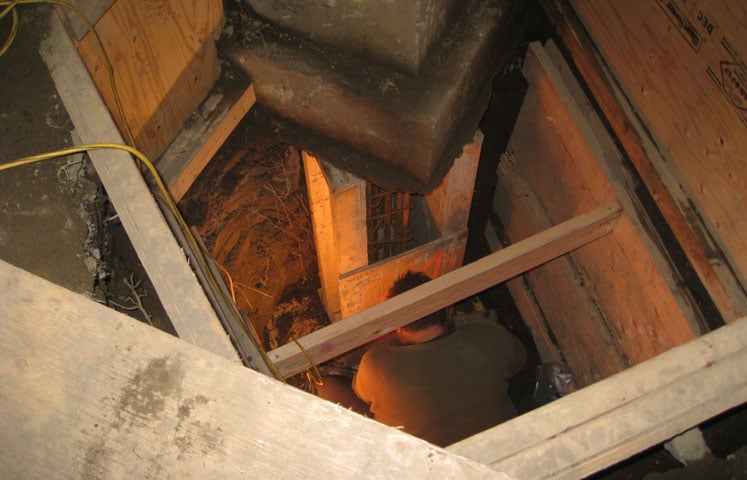 Forms were closed in. 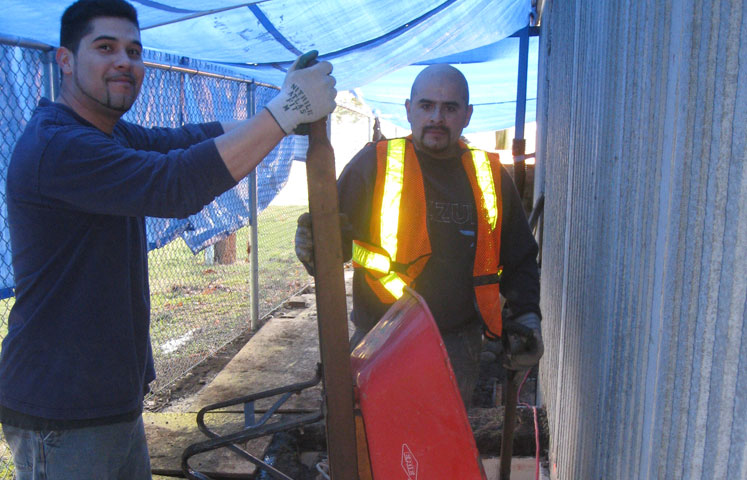 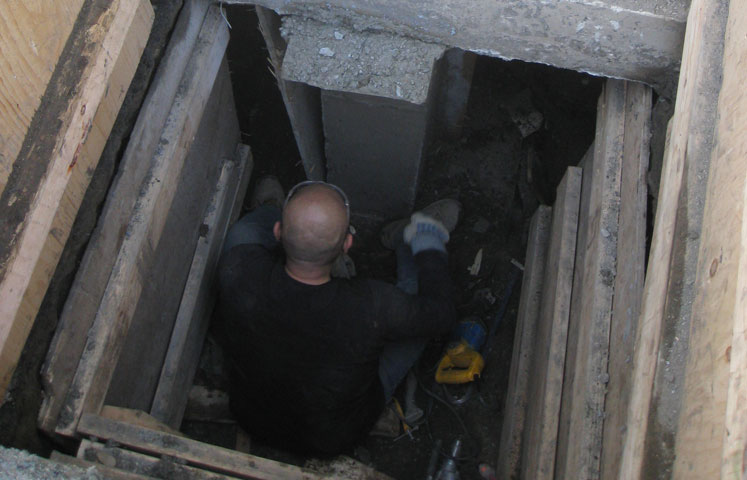 Concrete was given adequate time to dry and forms were removed. 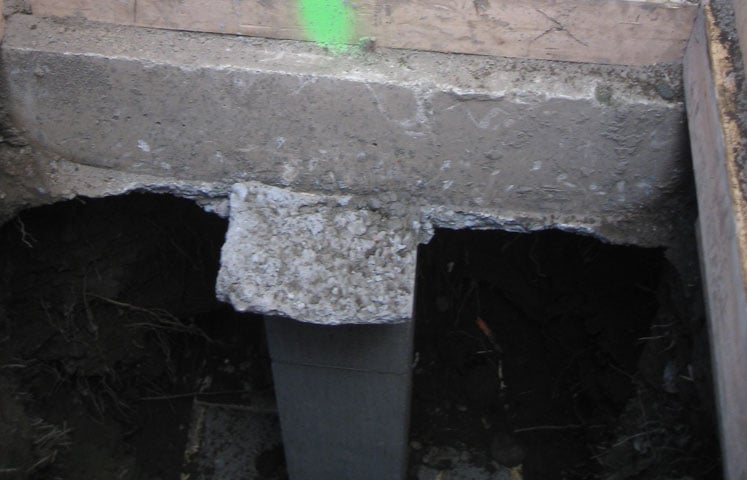 All column and pads were inspected. 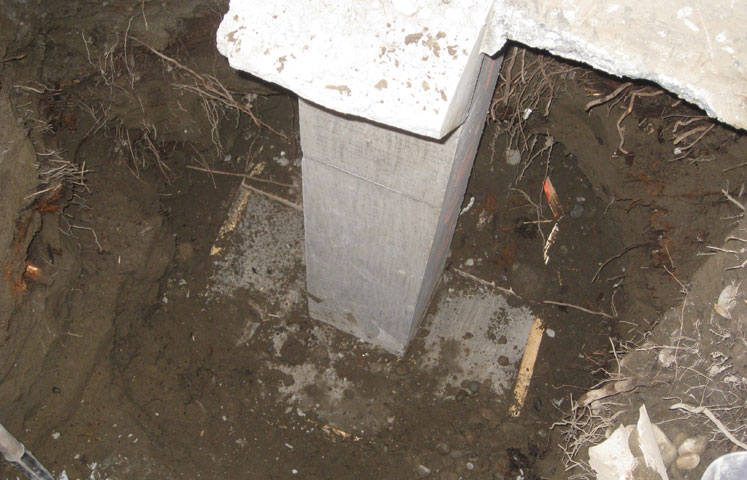 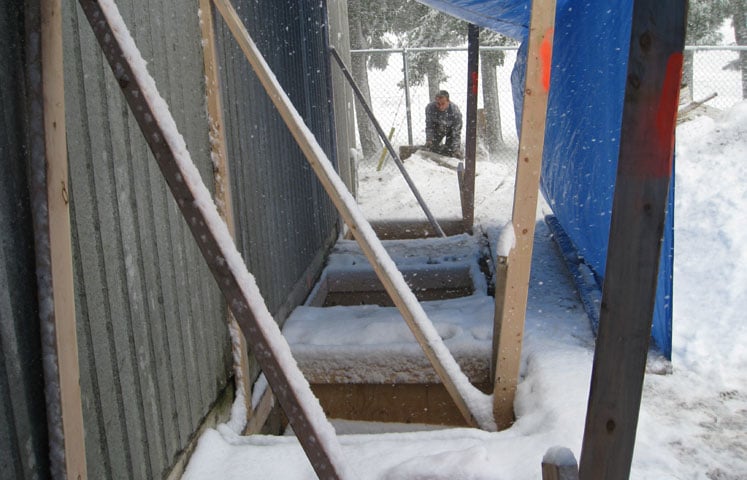 Yes, it even snowed. Our crews continued work, even in the snow. 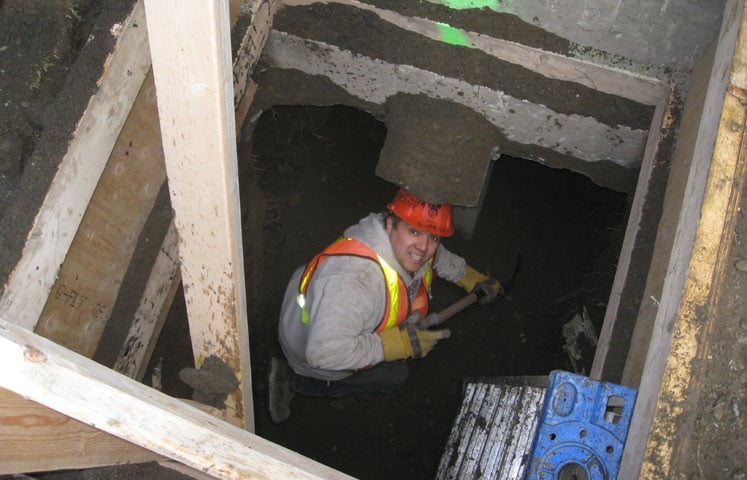 Like the excavation, the backfill was also done by hand.

Tamping was done in lifts. 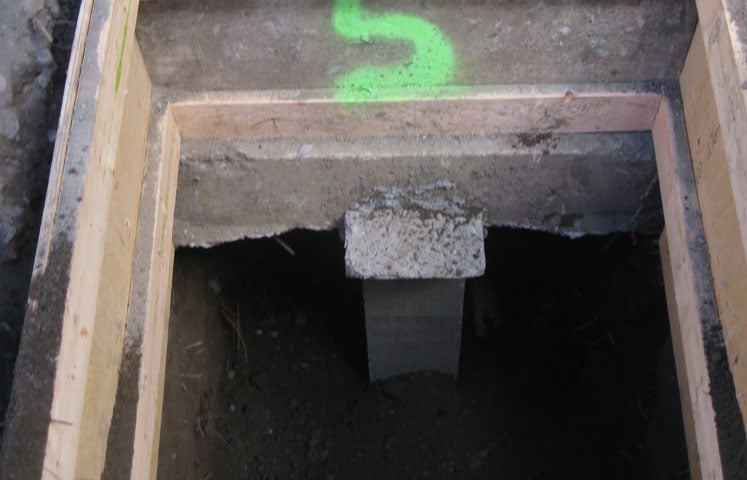 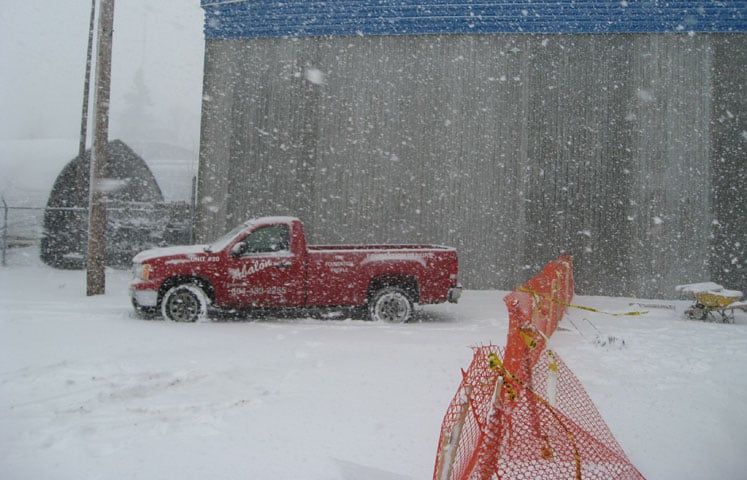 Even more snow, but our crews continued their work.

The project was completed, with yet another satisfied customer!