Juan graduated in 1985 from NAIT with a diploma in Construction Engineering Technology, and he is a current member in good standing with the Association of Science & Engineering Technology Professionals of Alberta (ASET). He has been with Abalon since 1990, when he worked with the Edmonton office until his move to our office here in Calgary in 1996. He has been a senior member of Abalon Calgary since then, and utilizes his exceptional skillset in estimating, managing, and overseeing the operations of the office. Additionally, he applies his over 40 years in the industry by training any new estimators in our office. Juan’s previous experiences include working as a manager at Alexander Insulation, an estimator for Sherwood Steel, a civil structural design officer for the Department of National Defense Engineering Cell Office, and as a soil testing technician at Shelby Geotechnical Engineering. He continually uses his previous experiences to help influence the work he does today.

One of Juan’s passions is travelling, and he has had the opportunity to visit over 50 countries. His most challenging trip was when we went to Mount Everest base camp. 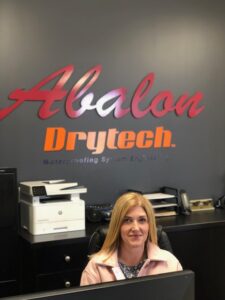 Linda is highly skilled in a variety of areas and ensures that our office is always running smoothly. She has been in the construction industry for 12 years, with 9 of those at Abalon. With tasks and responsibilities that fall under all categories, Linda is a true “jack of all trades” in our office. Before joining our team, she spent 11 years in rental sales and leasing.

When she isn’t at work, Linda loves fitness, spending time with her family & dog, and cooking and baking.

Doug is our estimator and has been with Abalon since 2004 as an Association of Science & Engineering Technology Professionals of Alberta (ASET) certified Technician in Training. He graduated in 1986 from NAIT with a Construction Engineering Technology diploma and has been utilizing his skills in a variety of industries over 36 years. Doug is a certified Safety Codes Officer Building Inspector and is a member of the Alberta Building Officials Association. Before his time with Abalon, Doug has several years of experience in both insurance claims adjusting for large property losses and as a Project Manager in fire and flood restoration.

In his free time, Doug is active in a variety of sports and enjoys spending his time with his three grandchildren.

Ricky has been with Abalon Calgary since 2008 and is an integral member of our team. He worked as a Crew Member and quickly grew up the ranks to Crew Lead, and in 2016 was promoted to Field Supervisor. Ricky has extensive construction experience and uses his vast knowledge of the industry to ensure our projects go smoothly and our crews are running effectively.

When he isn’t at work, Ricky enjoys cooking. 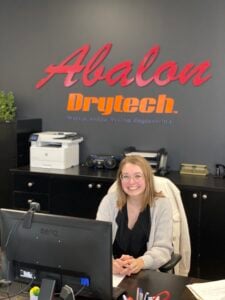 Ivory has been with Abalon since 2018 and helps manage our website and social media. She is also who we turn to with all our technology questions. Ivory graduated in 2021 from the University of Victoria with a degree in Sociology and certificate in Information Communication Technology.

In her free time, Ivory enjoys baking, painting, and spending time with her dog.

Stacey joined our team in 2021 and puts her over 25 years of experience in customer service-based industries to use in her position. Stacey is one of the friendly voices you’ll hear over the phone when you book an appointment with us. She takes pride in understanding the needs of our customers during her interactions with them.

In her free time, Stacey loves to travel and explore new places all over the world. 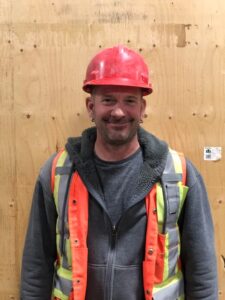 Kevin takes care of our warranty department and all our specialty projects, which include work such as siding, decks, and floor removals and replacements. He joined our team in 2021 and has utilized his excellent customer service abilities in his position. Kevin also assists our Field Supervisor in jobsite operations, such as equipment and vehicle maintenance, material supply, and procurement.

Andres has been with Abalon since 1996 and is our most senior Crew Leader. He specializes in forming, framing, carpentry work and Preserved Wood Foundations (PWF). 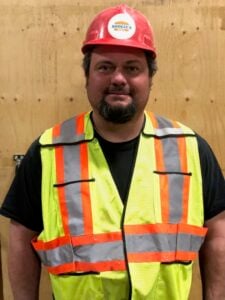 Roberto has been with our team since 2008, and specializes in larger projects, such as foundation replacement, and Almita helical pile installations.

Gabriel has been with the Abalon Calgary team since 2008, and specializes in difficult sump system installations, as well as intricate concrete repairs. 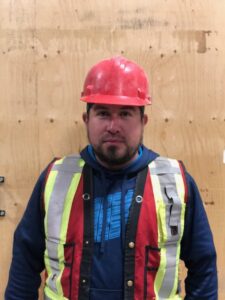 Pablo has been a member of our team since 2013, and specializes in Almita helical underpinning, and Magnum Piering push pile installations. Additionally, Pablo is a highly skilled concrete finisher.

Carlos has been with Abalon Calgary since 2017, and he specializes in Drytech high pressure injection systems, and concrete forming and framing. Additionally, Carlos is a highly skilled concrete finisher.

Paul has been with the Abalon Calgary team since 2019 as a Crew Lead. He specializes in larger projects that involve waterproofing, where he utilizes his previous experience in commercial waterproofing. 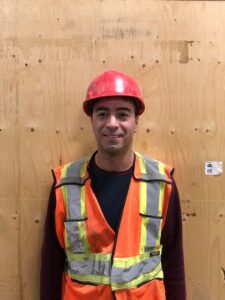 Aaron has been with Abalon Calgary since 2020. He specializes in foundation crack repairs and smaller residential projects. 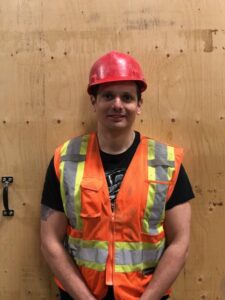 Fabricio has been with our team since 2020. He specializes in foundation crack repairs and concrete demolition.

click here
Applies to Calgary and surrounding areas.
*does not include Realtors or properties for sale.